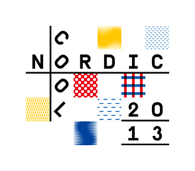 Great headline in my New York Times this morning, but, for some reason, the article is called “A Return to Nordic Roots” on the paper’s website.

In any case, good Swedish food is not easy to find in America — and, believe me, it’s a lot more than meatballs and pancakes — so the new wave of Swedish restaurants in the Twin Cities in Minnesota, where almost ten percent of the population has Swedish ancestry — is exciting. Got to go and try them out!

It may not be particularly surprising to Europeans that Americans are fat. You see them all the time on vacation in every country in Europe.

The new figures from a study by the Institute of Medicine have created a stir, especially the fact that one third of American kids born in 2000 is expected to become diabetic in their lifetime. Obesity now costs America $190 billion a year.

Something needs to be done, it is said. But it’s been said many times before and all the indications are that the crisis is just getting worse.

Situation is most serious in the South and at its worst in the state of Mississippi, where 34.5 percent of the population is overweight. Here are the numbers!

In another for America gloomy report, the United States came in 25th place in world ranking over countries where it’s best and worst to become a mother. It is best in Norway, with Iceland in second and Sweden in third place, and worst in Niger in Africa, with Afghanistan second worst, according to Save the Children’s new mothers’ index ranking.

Washington is warmest in the entire country, 100 degrees today, and over 100 degrees in the days to come.

On days like these you just want to get away, like the other day when we headed west to the wondrous landscape of Rappahannock County, Virginia, towards the Blue Ridge Mountains and the Shenandoah National Park.

We headed to the village of Castleton and the Castleton Festival, a relatively new place of pilgrimage for lovers of classical music in the American capital, where conductor Lorin Maazel, from the New York Philharmonic and the Opera in Valencia, Spain, bought a lot of land a few years ago and now makes music every summer. This year is the festival’s third year. Several hundred young musicians from over twenty countries spend the summer here, treating festival visitors to works by Puccini, Kurt Weill, Ravel, Stravinsky, Bizet, Gershwin, etc. in the former chicken coop that has become a nice little concert hall or in the large festival tent.

Castleton is located about 60 miles from Washington and if you want to spend the night, there are many small inns in the area. The most famous is The Inn at Little Washington. It was opened in 1978 by Patrick O’Connell, who still runs what has now become one of America’s best restaurants. The dinner after the concert is excellent and we are full of contentment during the return to Washington and no one is homesick.

I have taken a little trip. To take a look at America beyond the Beltway. Come along, and I’ll tell you all about it in the next few days!

I headed south from Washington through parts of the old South – Virginia, North and South Carolina, Georgia, and then north to Tennessee and home, again through Virginia. Lovely spring weather, splendid roads. No problems in finding a hotel- or motel room anywhere at this time, just before the tourist summer rush.

America is big. That was re-confirmed to me, even if the driving never felt tiresome or hectic. Smooth pace, nice and even speeds, and courteous drivers –most everywhere.

In the past, I always thought it was cheap to drive around in this big country. Not so, this time. Gasoline prices are record high. In the South, I paid between 3.75 and 4 dollars per gallon. Maybe the reason for the light traffic? Yes, it seems that the high gas prices have begun to affect driving habits, even though that is hard to comprehend for Europeans, who still think that gasoline is cheap in America.

Approaching Myrtle Beach, South Carolina, the beautiful seaside resort on the Atlantic coast, the usual fast food chains lined up: McDonald’s, Burger King, Pizza Hut, Wendy’s, Kentucky Fried Chicken, block after block, plus some Southern variations on the same theme: Waffle House and Cracker Barrel. I searched and searched for something different and ended up at the Pier House by the sea, and ordered fish and chips – a safe bet, I thought. But: frozen flounder, frozen shrimp, soggy fries…

That food is generally a problem out there in America, beyond the larger towns and cities, was also again confirmed to me. What do you do when you only find a McDonald’s or a Kentucky Fried Chicken, which is so often the case? You feel like a prisoner in a fast food culture. Yes, I also know there are many exceptions, like at the Blossoms restaurant in the fine city of Charleston, South Carolina, and at B.Matthew ‘s Eatery in equally charming Savannah, Georgia. Good food, even something as unusual as good fish. And an espresso!

Oh, coffee, it has its own and sad story, not just in the South but all over America, during mile after mile along the freeways and at motel after motel. So maybe you can identify with me when I one morning, driving north through Georgia, suddenly saw a Starbucks sign and pulled in. Finally, a good cup of coffee, and a New York Times on top of it. What joy!